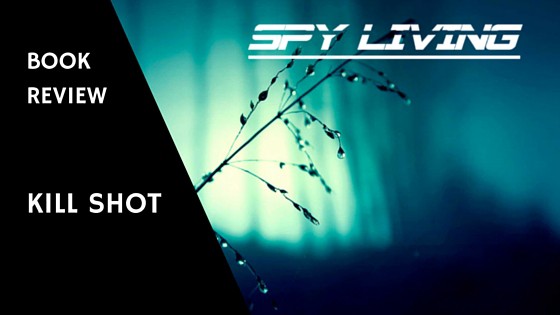 Kill shot is the second in a chronological order of the Mitch Rapp series by Vince Flynn. If you haven’t read my review on the first book, you can see it as this link.

Kill shot follows American Assassin Mitch Rapp one year after he has b even unleashed around the world. Bodies are piling up and terrorists are starting to look over their shoulders wondering if hey are the next target of some mysterious assassin.

Kill shot starts in France. Orion has allowed Mitch to go off the reservation and work in his own way with a great deal of success. As his next target is in France, the stakes are raised as you are not suppose to assassinate people in a civilized country. An ambush ensues, Mitch is shot and barely escaped. As you  can image,he trusts no one and wants to find out who was responsible for leaking the information. If you read American Assassin, you can bet that Stan thinks he lost it and has become a risk that needs to be eliminated. Needless to say, Stans own employees lose it and almost start an international incident, decreasing assasin raps trust even less. By the end of the story, we find a traitor. Many people die and apologies ensue.

I like that this is still based primarily in Europe and it makers me want to look up some of the places they talk about in the  book. This is just one place that gets mentioned in the book where a meeting takes place.

The book includes the typical political jockeying, backstabbing, and even treason. Reading about all the politicking that makes me thankful not to be at a Fortune 500 company anymore.

The rest of the Mitch Rapp American Assassin Series

Unfortunately, while the rest of the American Assassin series is readable (and I did read them), I did not enjoy the rest of the series as much. Either they spent time in black ops spaces in the Middle East or time in Washington, D.C. , Virginia and Maryland. I lived in the DC area for a couple years and had no desire to live there or here more about what goes on in the city, but that is just my opinion.

Also, at this point in the series, I start to dislike Mitch Rapp quite a bit. As the series progresses, he is always right, everyone else is always wrong and dammit, I’m gonna kill who ever I want since I know better than you. It gets old after a while and takes away from the enjoyment of the series. He comes off as a whiny little boy instead of a well trained and ruthlessly efficient killer. Ultimately, I had a harder time getting through the to the end of the later books instead of having a hard time putting the book down like the first two titles.

Order the book at the link below.