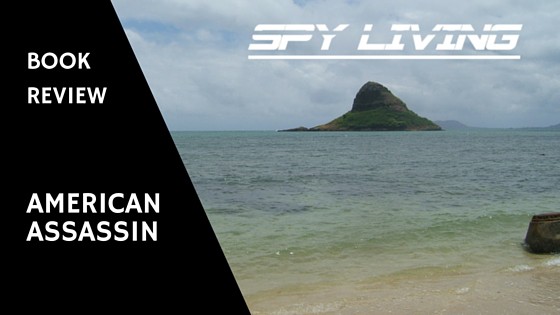 Note: The movie does not do this book justice… Read the book over watching the movie…

We also get to learn about his handler, Eileen Kennedy, Stan Hurley the trainer and all around bad ass, and most important, Thomas Stansfield. Stansfield is (in this series) The Director of Covert Operations at the CIA.  He originally got his start in the OSS (Office of Strategic Services) the predecessor to the CIA. Eileen Kennedy reports to Stansfield and is Mitch Rapp’s handler.  Her father was killed in the explosion in Beirut at the marine corps base. Her Uncle Stan was working in the CIA at the time and it is speculated, he was the one that was targeted, but instead was out with a prostitute when the explosion happened.

Here is what I like about this book. It is an easy read and keeps moving forward. There is just enough just enough background information on Rapp to give you his motivation without overkill on the background. I also liked that by the middle of the book, you are seeing actual missions. And they are in Europe to start and then end in Lebanon . It also talks about all the things we would associate with being a spy. Great physical shape, situational awareness, cover identities, and even Swiss bank accounts when things go wrong.

Cons? I was surprised their wasn’t more modern technology given the years it was written. They barely talk about smartphones such as iPhones ands android devices. They hardly ever mention laptops or other high technology, Also, the arrogance of some of the characters gets a little old after a while, specifically, the main character Rapp and his trainer Hurley.

Unfortunately because Vince Flynn passed away we may never get to see spin offs such as a history of Thomas Stansfield or even some of the more intense campaigns in east Germany or with the Russian KGB replacement.

If you are looking for a fun read to get a fix in Europe and the Middle East, pick up this book and the second one, Kill Shot. I should warn you though, if you are concerned about “cultural awareness” , that “Islam is a peaceful religion”, or you are a social justice warrior, this book is not for you. Realize that the Arabs are the enemy in this book and the PC crowd would be up in arms about this book and entire series. But if you can read something without looking for the closest safe space, it is well worth the read.

You can buy the book at the link below.

Prices pulled from the Amazon Product Advertising API on:

Product prices and availability are accurate as of the date/time indicated and are subject to change. Any price and availability information displayed on [relevant Amazon Site(s), as applicable] at the time of purchase will apply to the purchase of this product.