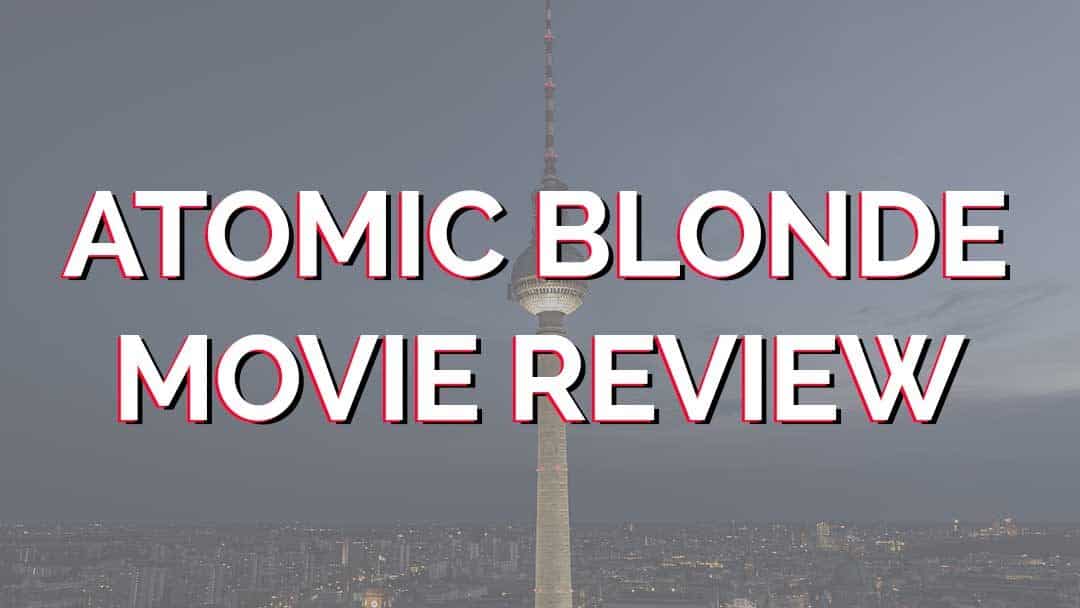 I know I am late in writing this but I did not see this in the movie theaters so it just happened to come through on Amazon Prime on the HBO channel. So today I wanted to write a review of this movie and if you are interested, at the bottom of this review or links to some of the neat products from the movie at Amazon are below.

Atomic Blonde is a 2017 movie staring Charlize Theron and James McAvoy. It is based on the graphic novel The Coldest City that was published in 2012. It was written by Antony Johnston and illustrated by Sam Hart. You can see the book trailer below:

I haven’t had the chance to read the original book but I was curious about the movie due to the director (David Leitch) directing and choreographing movies from John Wick to Tron Legacy. Many said the fight scenes were well worth watching.

I was born in the 1970’s and grew up in the 1980’s. I remember watching Miami Vice and I also remember the city I grew up in being considered a high value target due to the aerospace companies and vehicle manufacturing there. I also remember growing up with Reagan as president and my first time voting was Bush/Clinton/Perot. While I didn’t understand it a lot at the time, I do remember the Berlin wall coming down, and the merging of East and West Germany into a unified country. I am ashamed to say, I have yet to visit Berlin to this day.

Being a child of the 1980’s, the music selection on this movie is what really made this enjoyable. Not just because of the nostalgia, but because the music put you into the time, and the selections just seemed to fit so well with the scenes. If you grew up listening to New Wave and alternative you remember New Order and Depeche Mode but I was surprised to see Ministry included (I think Stigmata was sung by Marilyn Manson though).

The Mood and Filming

It seems like they used a Blue Filter through out the movie so everything has a very cold, almost analytical feel but then they bring it flashes of color with neon that add to the mood. I am not a cinematographer but the filming seems to fit the mood and what I as a boy growing up was “taught” East Berlin and the Soviet Union looked and felt like.

Just about anyone that watches the movies comments on the fight scenes. There are several and in many respects I like them better than the Jason Bourne fight scenes. I didn’t feel like I was getting motion sick like you do with a Bourne fight scene. You felt like the skill was there but there were a few things that bugged me. This is not popular to say but I had a hard time believing Charlize Theron could generate the power to take down her competitors that had 100 pounds on her.

I do have to give Charlize Theron a ton of credit because it had to take a ton of work and effort to do the stunts involved. It makes me wonder, how many of those cuts and bruises were real from the work that she did. Over all, the fight scenes were enjoyable if you can suspend dis-belief.

I like James McAvoy as an actor as I think he is very versatile. Most remember him from XMan and I think he makes a good Charles Xavier. He does play a pretty good villian.

If you grew up in the 1980’s, some of the clothes they wear will be familiar to you.  Some of them, I was not old enough to appreciate and I know a lot of women appreciate the couture of Charlize Theron. For the most part, I enjoyed researching the props that were used. I know there was a lot of Dior for the girls, but as a guy, I looked at the watches, the lighter and other things.

Over all this was a decent movie but not a great movie. I had to watch it a couple times to catch the parts again. I can’t say the story line is to original or that there were any big gotcha moments. But with the cinematography, the music and the whole feel, an enjoyable one, especially if you grew up in the 1980’s. Does it beat a James Bond movie? No. But well worth catching if you have Amazon Prime.

Post Script: Apparently Charlize Theron mentioned a sequel to this movie. I wonder if this will be based on The Coldest Winter, then next Graphic Novel from the same authors. Let me know what you heard.